Skip to main content
This house located in Harpswell Maine was slated to be demolished for new construction.  However, the surveyor for this house happened to be surveying for a new build on Haskell Island, just 1.5 miles off the coast.  He put the 2 people in contact and they worked out a deal where the new owner was responsible for moving the house from the mainland to the island.  That's where we came in.  When New England Building Movers was contacted (found on the IASM list) we had just over one month to get the house out of the way.  Working alongside Keeley Crane Co. and Wilson Barge Co., the plan was to set the house on the barge from the mainland and pick it from the cliffside of the island. Our first assignment was to weigh the house because weight and reach were the primary concern.  We needed to keep it under 100,000 lbs. due to crane capacity and lift radius, so we chose beams as light as possible with minimal deflection.  Initially the house well exceeded 100,000 lbs. and needed to lose some weight to avoid the costs of a tandem pick.  It was decided the cheapest alternative was to remove the chimney and fireplace.  Once they were gone the house with our beams weighed in at 86,400 lbs., which with roughly 10,000 lbs of rigging was within acceptable levels.  We made our second trip to move the house on track beams in 2 directions (north, then east) to the farthest corner of the lot and closest to the shore so the home owners could begin their new home.  Our third trip was for the crane lift portion onto the barge. The timing was to bring the house to the island by highest high tide, the difference being from a normal 10-1/2 feet to 11-1/2 feet.  Highest high tide was at 11:30am and the rocks below the cliff on the island were the limiting factor.  This meant the house had to be set on the barge by roughly 9:30 using Keeley's 275 ton crane, while waiting on the island was another one of their 275 ton cranes. When the crane picked the house and they deducted the weight of the rigging we were within a couple 100 lbs of the estimated weight.  Thankfully we had a picture perfect day.  The lifting eyes were made at our welding shop where we cut the profile of our w10 x 88# beams out of 1-1/2'' thick plate steel on our water jet.  The whole experience was like a working vacation.
Services: 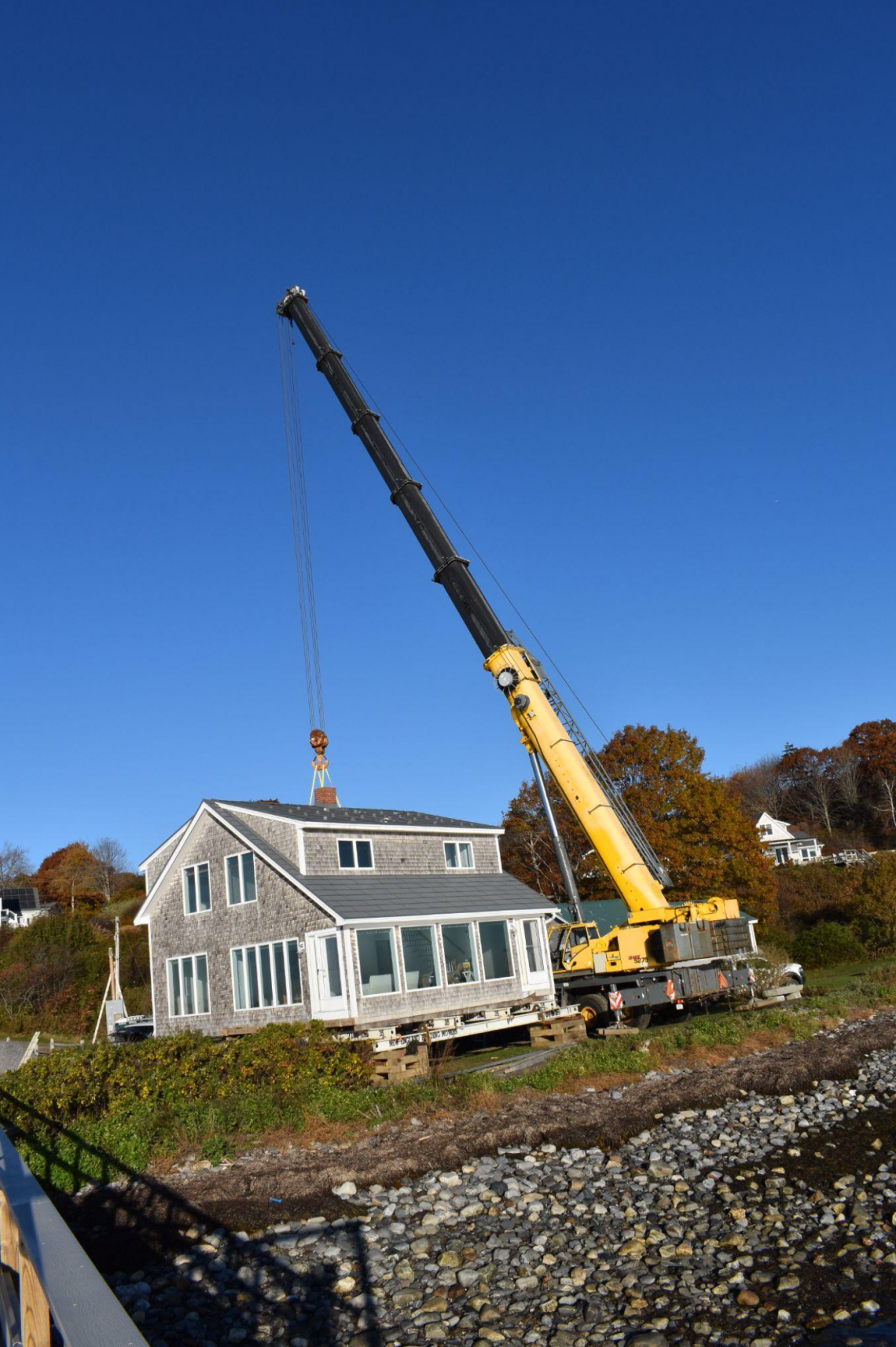 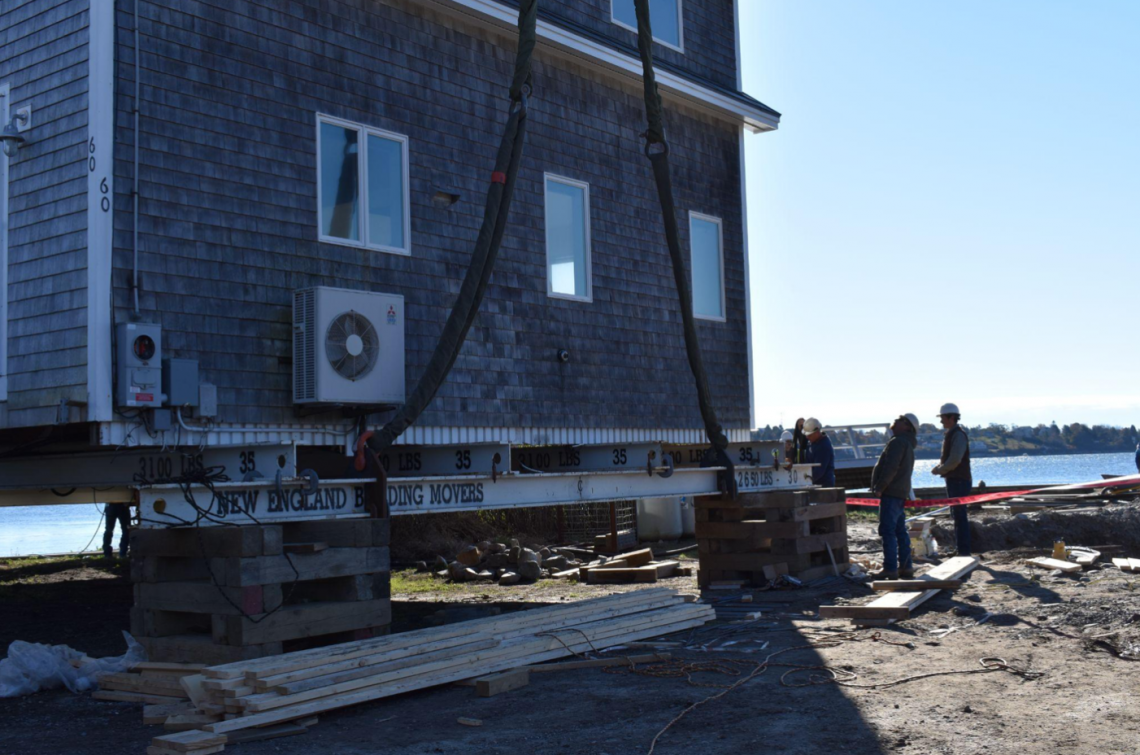 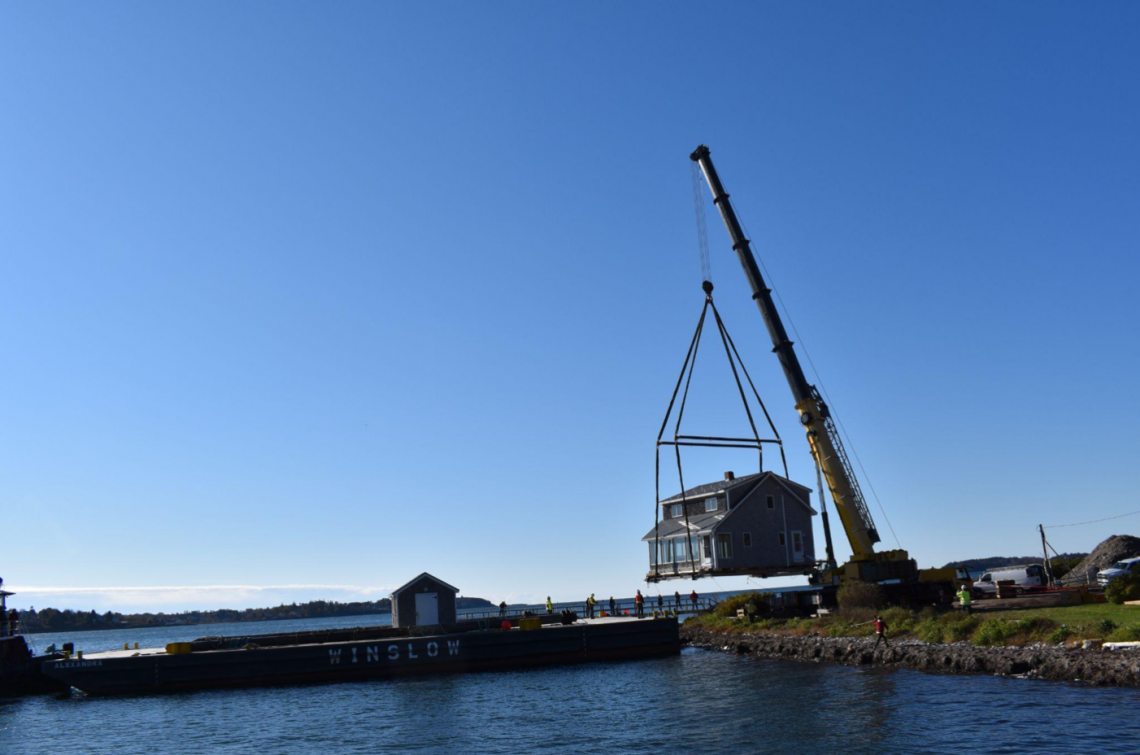 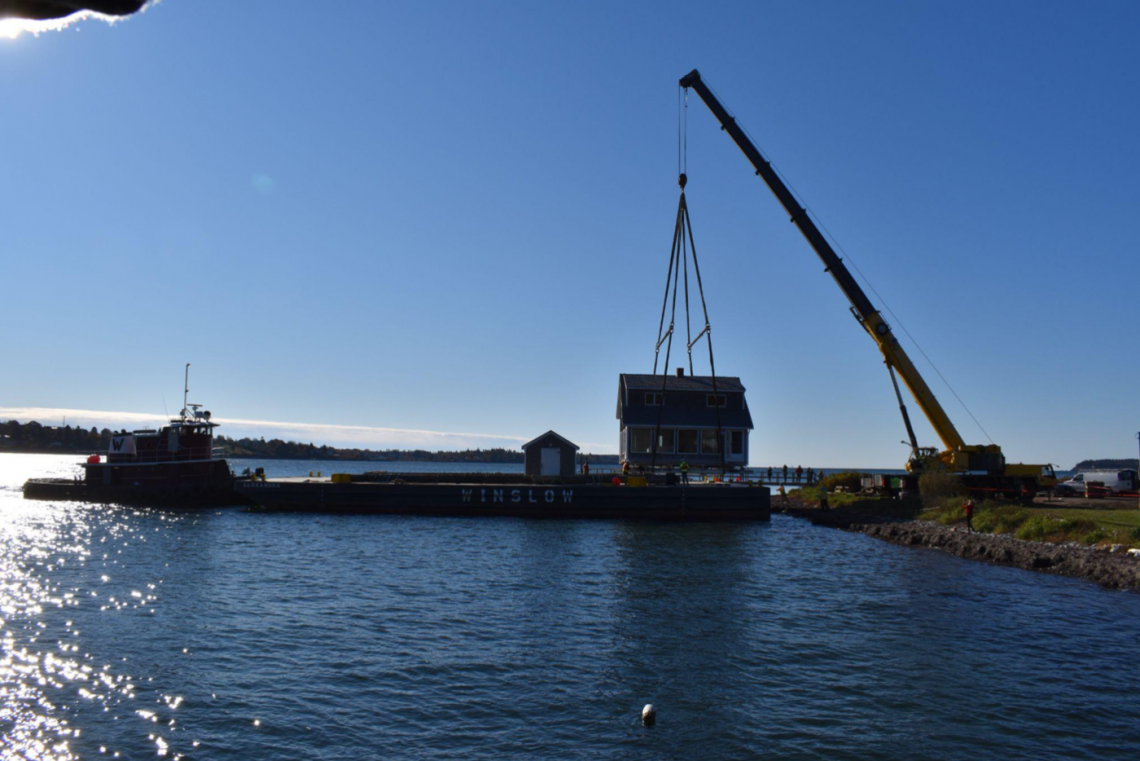 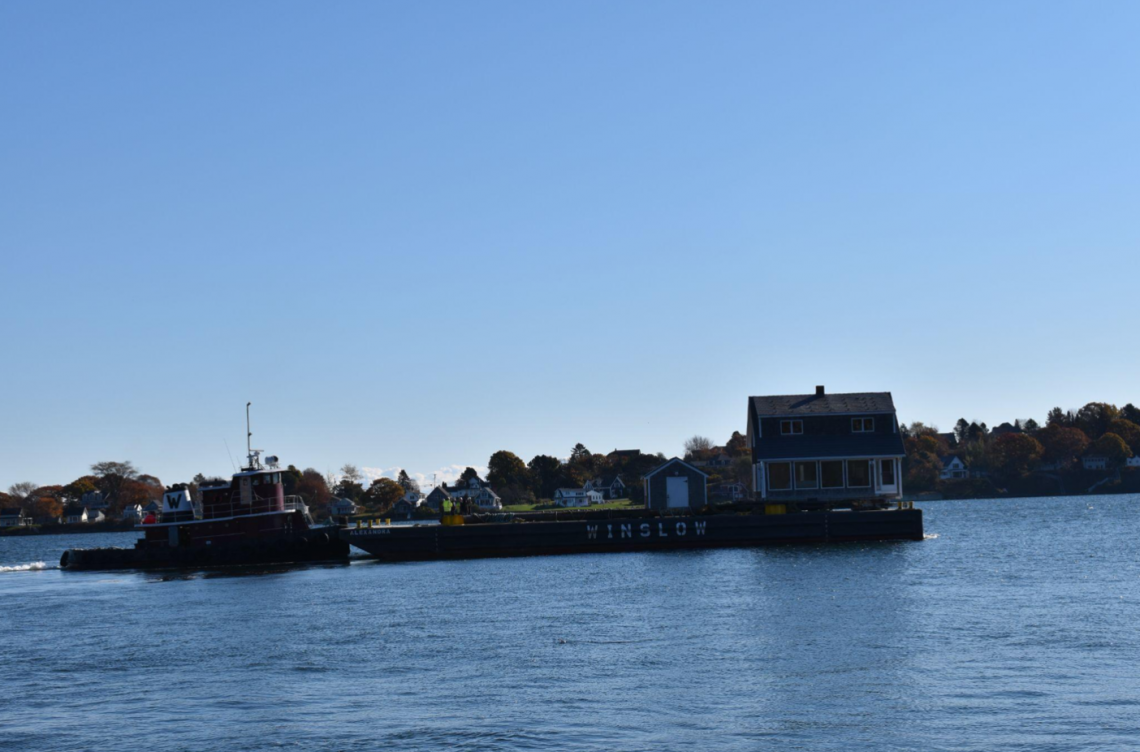 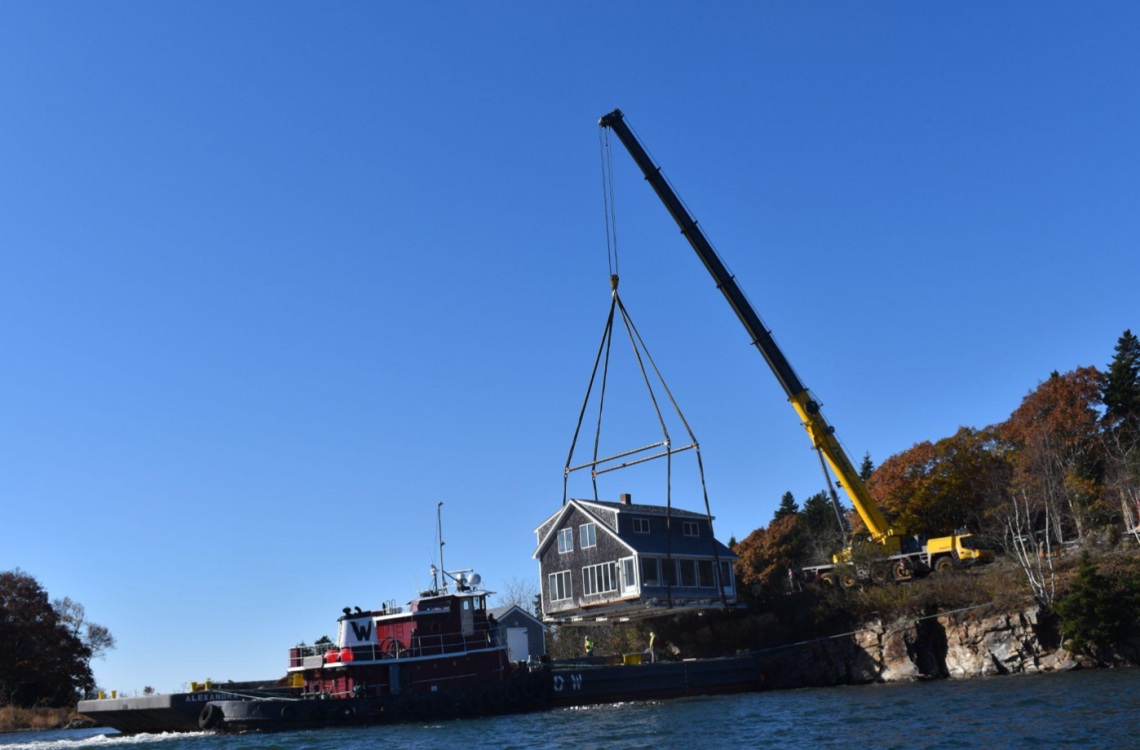 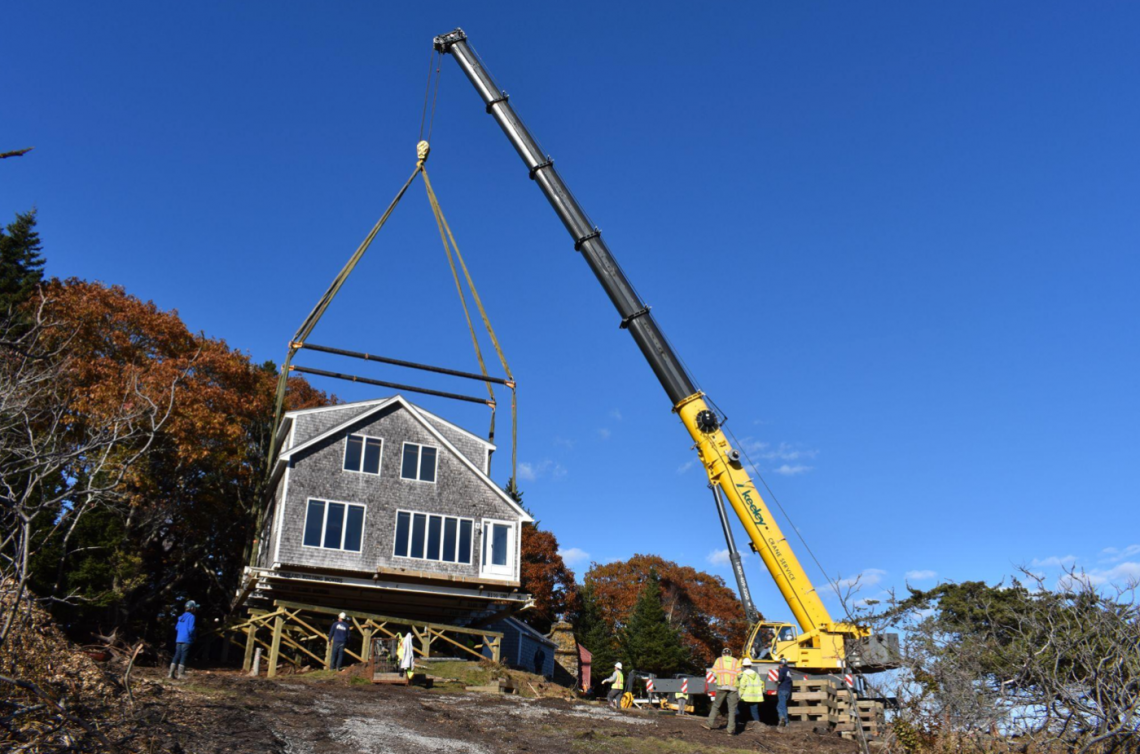 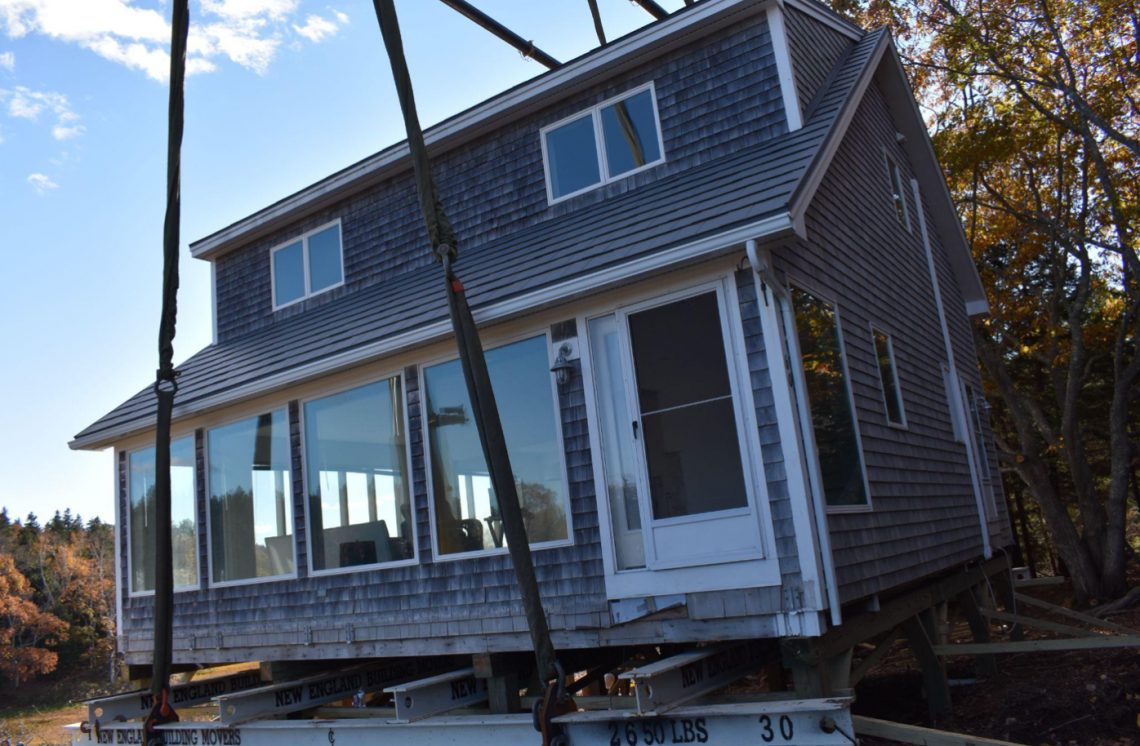 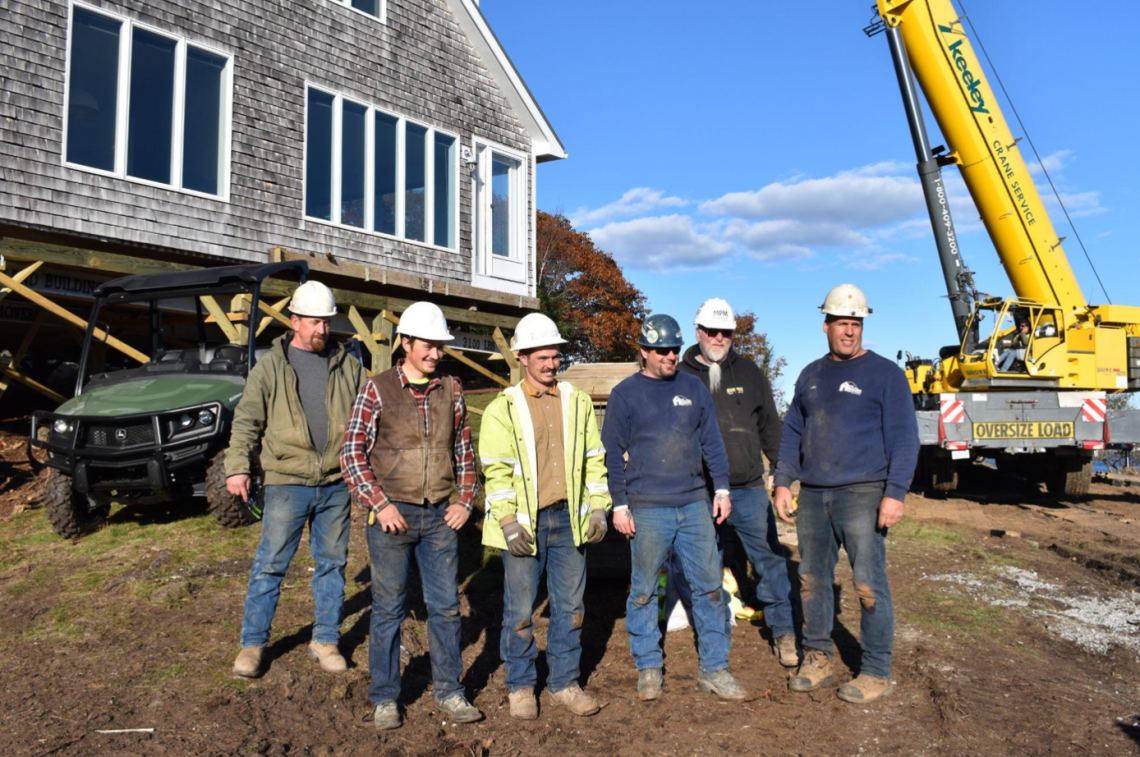 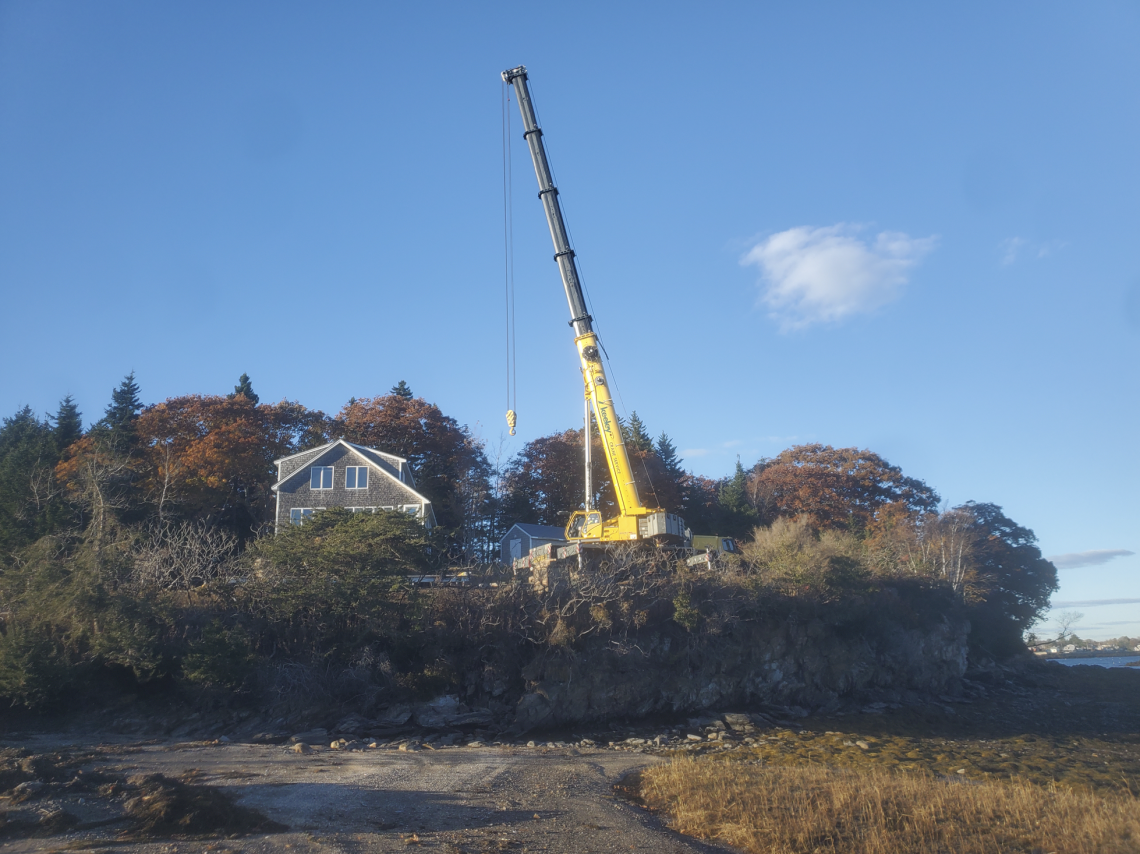 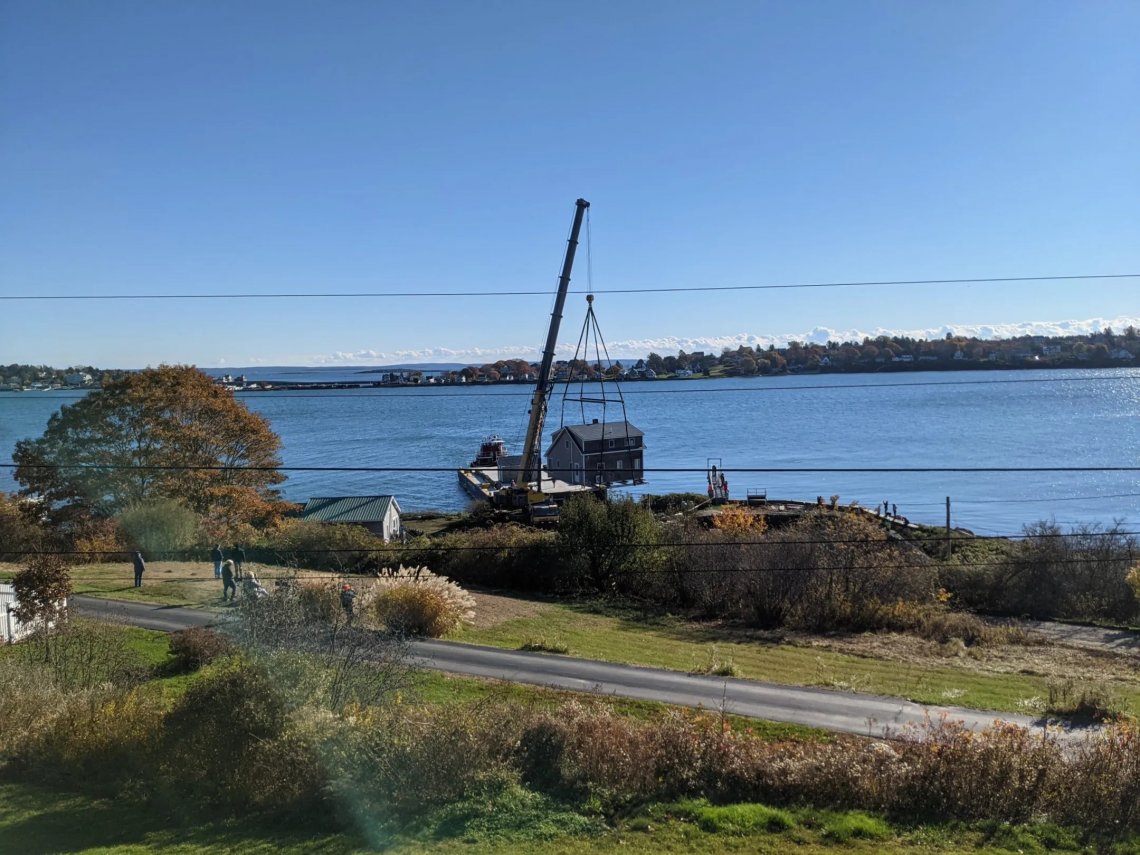 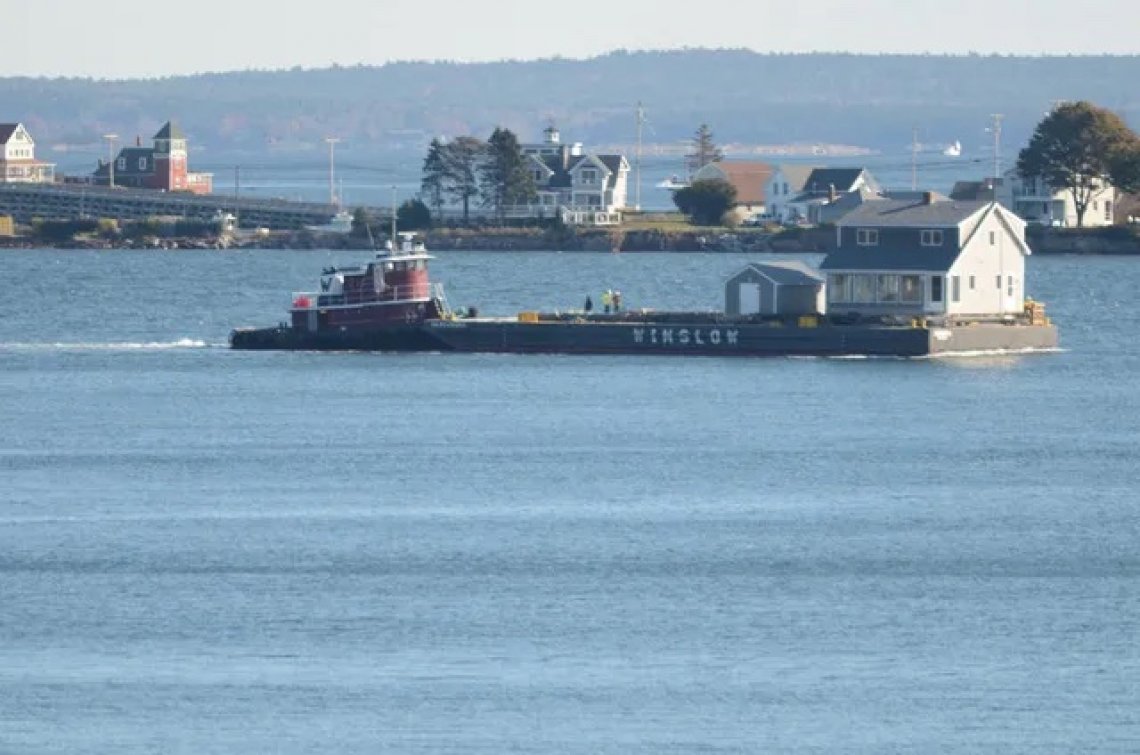 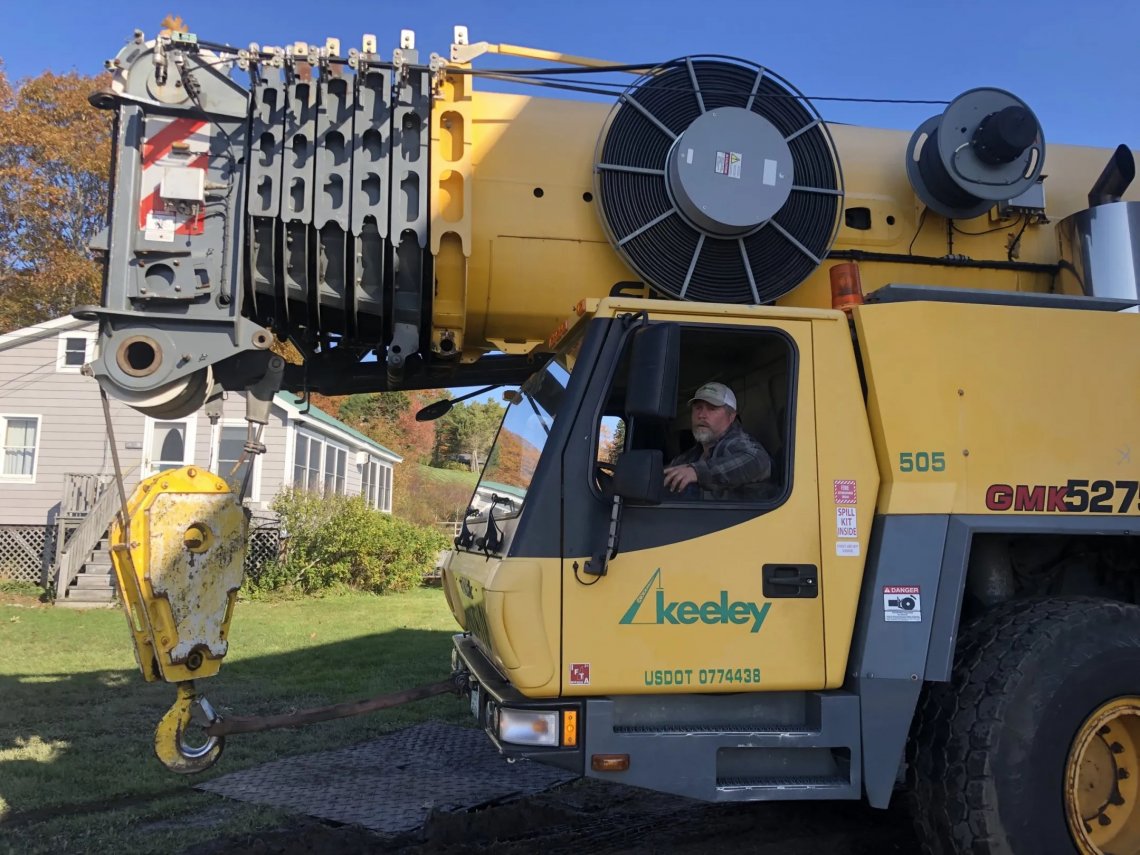